“Why Trust You” Lyrics:

Well, you come to me all teary-eyed
With your big tall tale way up in the sky
Begging on your knees for another chance
But everybody knows that’s a song and a dance
Yeah, there used to be a time when you were the best
You had the fastest tongue in the west
Ya gave a look and a line like nobody else
You’d try to sell the Bible to the Devil himself
You sadistic little liar
You’re walkin’ on the wire
You’re bluffin’ up with nothin’
And the bills are gettin’ higher

The Trash LP, released in 1989, is Alice’s eleventh solo studio album. Teaming up with Desmond Child, together, he and Alice, deliver an instant classick. Trash reached #20 on the US Billboard 200 and #2 in the UK. The album also delivered Cooper’s first top ten hit, “Poison,” since “You and Me,” the hit single found on the 1977 LP, Lace and Whiskey.

Desmond Child is considered a “hit-maker” in the industry. While some fans didn’t embrace Alice’s new direction initially, it’s obvious the move was a good one. A move that placed Alice Cooper among other multi-platinum bands and albums at the time.

“I didn’t want to paint myself into a corner with blood, ’cause I think if I would have done another album like that, people would have said, ‘Well, that’s all Alice can do anymore–just horror.’ I wanted to show a different side…I really wanted to write songs, like we did on ‘Billion Dollar Babies’, and Desmond is such a great songwriter that it was very easy. We wrote 22 songs and had to narrow it down to 10.” – Alice Cooper

While “Poison” is the most notable track on the album, the LP is filled with a list of hard-hitting songs and high profile guest artists. Songs like “House of Fire,” “Only My Heart Talkin’,” “Bed of Nails,” and “Hell Is Living Without You” are other highlights found on the record.

This week’s post focuses on “Why Trust You.” Simply put, the track discusses untrustworthiness and the web of lies spun by anyone willing to control or misinform others. It could be referring to friends, family members, co-workers, some religious figures, the government, etc., – anyone willing to mislead others fits the bill.

In the lyrics to “Why Trust You,” Alice finds a clever way to shed light on a difficult subject, trust.

Well, you come to me all teary-eyed
With your big tall tale way up in the sky
Begging on your knees for another chance
But everybody knows that’s a song and a dance
Yeah, there used to be a time when you were the best
You had the fastest tongue in the west
Ya gave a look and a line like nobody else
You’d try to sell the Bible to the Devil himself
You sadistic little liar

Let’s face it, humanity, as a whole, is pretty gullible. We trust almost everything we see or hear from social media, the television, books, movies, etc., which isn’t a horrible thing on its own. However, without applying proper discernment and wisdom, it’s a detriment to our freedom and survival.

Simply put, not everyone is telling us the truth. But God has bestowed upon us the ability to determine facts from falsehoods, light from dark, good from evil. Our due diligence requires us to seek Him when life presents us with certain puzzles and problems – those things that don’t add up.

“Yes, they knew God, but they wouldn’t worship him as God or even give Him thanks. And they began to think up foolish ideas of what God was like. As a result, their minds became dark and confused. 22 Claiming to be wise, they instead became utter fools. 23 And instead of worshiping the glorious, ever-living God, they worshiped idols made to look like mere people and birds and animals and reptiles.

24 So God abandoned them to do whatever shameful things their hearts desired. As a result, they did vile and degrading things with each other’s bodies. 25 They traded the truth about God for a lie. So they worshiped and served the things God created instead of the Creator himself, who is worthy of eternal praise! Amen.” – Romans 1:21-25

As life plays out, we often become distracted by money, power, comfort, etc. We are told (and often believe) that material possession and meaningless pleasures are the paths to fulfillment. These lies are continually bombarding us, forcing us to choose between Him or them.

If we are not careful, our own selfish plans become created “gods” that we idolize and worship. We must learn to lean on Him for understanding and wisdom as we trailblaze through life, seeking answers and meaning. We must rely on Him to connect the dots and help us place the pieces together.

1 Oh, the joys of those who do not
follow the advice of the wicked,
or stand around with sinners,
or join in with mockers.
2 But they delight in the law of the Lord,
meditating on it day and night.
3 They are like trees planted along the riverbank,
bearing fruit each season.
Their leaves never wither,
and they prosper in all they do.

4 But not the wicked!
They are like worthless chaff, scattered by the wind.
5 They will be condemned at the time of judgment.
Sinners will have no place among the godly.
6 For the Lord watches over the path of the godly,
but the path of the wicked leads to destruction. – Psalm 1:1-6

Notice in the 1st Psalm, we find those who delight in the Lord find prosperity and bear fruit – season after season. It’s not through some self-righteous declaration of knowing Him or placing oneself above others. Instead, it is found by placing complete trust in Him and acknowledging that He is the highest authority – our Creator and Heavenly Father.

By creation, we were designed to seek Him – to worship Him. We know and trust that God works for good (Romans 8:28) and that the hope given to us through the Holy Spirit fills us with joy and peace as we trust in Him and His Word (Romans 15:13).

Wrapping this up, it’s relatively simple. We trust in Him and Him alone. That doesn’t mean we negate or ignore the advice of others. It means that we research and know what truth is and rely on Him for the answers. Always be willing to go that extra step in search of truth – seek and verify.

We are responsible for our actions, beliefs, and behavior. Trusting others and allowing them to sway us into detrimental situations only leaves us to blame. We have been given access to Him and His Word, through which our senses become equipped to discern Good from evil (Hebrews 5:14).

Through time with Him, practicing our faith, and learning more of His nature, we find that His Spirit can and will guide us on our journey. Let us learn to recognize and know Him. When things don’t seem right, let us learn to trust our gut – let us learn to TRUST in Him.

In conclusion, the Trash LP is a vital album in Alice’s discography. While Constrictor and Raise Your Fist and Yell had both laid the groundwork for Alice’s comeback, it was the Trash LP that launched him back into the limelight.

Interestingly enough, even with Trash’s success, it’s labeled as a love/hate record by many lifelong fans of Alice, yet it cannot be overlooked that Trash introduced a new generation to Alice Cooper.

Whether you love or hate the LP, it brought a new group of fans into the fold and merged them together with fans from the past, expanding Alice’s army of minions even further. Paving the way forward, Trash helped launch a new, reformed Alice into the modern world of Rock. Since that time, he has consistently been able to find new ways to musically conform while still paying homage to classic Alice. He has the ability to showcase his skills in area’s one might not expect – it’s brilliant to witness.

LAST NOTE: I was a fan of Hard Rock and a teen at that time. Without this LP, I’d be curious to know how much I would have known about Alice Cooper. Luckily, it was released and became a stepping stone into the world of Alice Cooper for me and many others.

That’s it for this week! Be well and catch you next Friday.

“I Am The Future,” the 3rd track found on “Zipper Catches Skin” released in 1982. The LP, Alice Cooper’s seventh solo studio album, was co-produced by Erik Scott, Alice’s bass player, and fellow songwriter. Scott admitted that this album “was meant to be lean, stripped-down, and low on frills. Punkish and bratty…”

END_OF_DOCUMENT_TOKEN_TO_BE_REPLACED 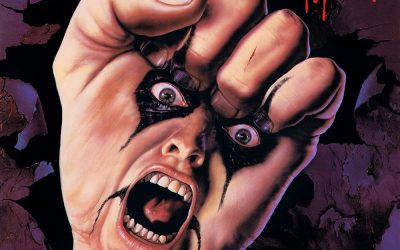 ‘Raise Your Fist and Yell’ was released in 1987. The second album after Alice’s commitment to sobriety and a return to his faith finds him healthy, revitalized, and confident. The album uses songs like “Prince of Darkness,” “Freedom”, “Lock Me Up”, and “Give the Radio Back” to help push back against the PMRC’s efforts. However, the last few tracks take a more wicked turn with “Prince of Darkness”, “Time To Kill”, “Chop, Chop, Chop”, and “Gail”. Tapping in to who the enemy is and personification of evil in this world.

END_OF_DOCUMENT_TOKEN_TO_BE_REPLACED

“Lay Down and Die, Goodbye” from the Easy Action LP was released in 1970. It follows in the footsteps of its predecessor Pretties For You – it still displays experimental doses of psychedelic breakout and fanfare. However, it is definitely a much different album. In fact, we find glimpses of who the band would soon become in songs like…