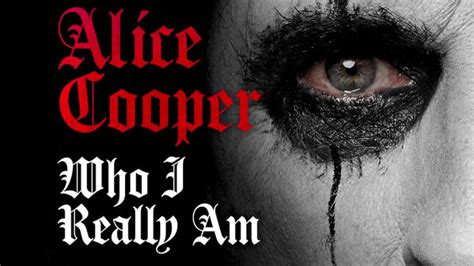 Who I Really I Am: Diary of A Vampire

Check out Who I Really Am: Diary of a Vampire at audible.com.

This week’s focus directs us to Alice Cooper’s newly released audiobook, Who I Really Am: Diary of a Vampire – a fascinating biographical mixture of stories and unplugged snippets of some of Coop’s more notable songs. It’s a real treat.

Alice begins with the following introduction:

“Hi, I’m Alice. “Hello Hooray,” let the show begin. I’m ready!
I’m a “Billion Dollar Baby” and the “Man Behind The Mask.”
I’m Yankee-Doodle Dandy in a gold Rolls Royce.
I’m a picture of ugly stories. I’m the pride before the fall.
I’m “Mister and Misdemeanor.” “Nobody Likes Me,” it’s all my fault.
I used to be such a sweet, sweet thing ‘til they got a hold of me.
Now I’m a “Model Citizen,” but I got lost on the road somewhere.
I was a dirt-talking, beer-drinking, woman-chasing minister’s son.
I used to drink more than I needed, and I might as well have been on Mars.
I’m a gambler, I’m a runner, but I got clean and classic cars.
I’ve been beheaded, electrocuted, I’ve been stabbed, and I’ve been hung.
Lost track of all the cities and all the songs I might have sung.
I was a gypsy and a jester, a killer and a clown, a master of deception.
I was lost, and then I was found.
I play golf every morning believe the Bible word-for-word.
Never cheated, never busted; I was healed but never cured.
I love my wife. I love my family, my fans, and my friends.
I’ll play Alice till I die, and I’ll be Alice till the end.”

From the Introduction on, Alice recounts, relives, and references various stories, events, and characters that helped him, the original band, and other vital folks navigate the roller-coaster career he’s been on for more than 50 years. And, of course, listening to him tell those stories is as entertaining as watching him perform on stage.

Some of the stories in the book are familiar ones, and others may not be as well known. But interestingly enough, Who I Really Am: Diary of A Vampire not only recounts Alice’s story, but it subconsciously asks the listener to ask themselves, “Who They Really Are” as well.

Alice uses lyrics and guitar riffs from the song “Is It My Body” to transition between talking points in the book, and it felt like the most emphasis was placed on the words, “Have you got the time to find out (then he goes on to expound, “Who I really am)? So this brings us to this week’s talking points.

SIDE NOTE: There’s nothing like a good drive on the open road, especially with your favorite music playing or, in this week’s case, an audiobook. Even better still, sometimes the windows down and the air swirling through the truck is perfect as well.

After traveling some 700 miles in the past few days, all three above-listed scenarios were applied. A good mixture of tunes bellowed through the car stereo, Alice narrated his story, and the natural sounds of air roaring through the vehicle were felt and heard – all therapeutic in their own unique way.

However, the best part of any drive is that alone time we are allowed to spend with our Heavenly Father – meditating, praying, and listening to His still, small voice. What seems like wasted time in the truck turns into some of the most blessed time anyone can imagine. There’s that word again, TIME.

Although there are thousands of sayings and quotes about time, perhaps English writer Charles Buxton (a distant relative of Glen?) was closest to Alice’s point. Buxton states that “You will never find time for anything. If you want time, you must make it.” Time is the one commodity we all have, yet we must wisely use it.

Isn’t that what Alice is trying to say? He isn’t looking for some superficial, surface-based hookup. Instead, the question is to the point, “Are you willing to invest the time to find out who I am?”

Our closest and dearest family and friends are the ones we know best – the ones that we want to give our time to (and vice versa). They not only define us but us them as well – much is learned by the company we keep.

“Tell me with whom you associate, and I will tell you who you are.” – Johann Wolfgang von Goethe

Look carefully then how you walk, not as unwise but as wise, 16 making the best use of the time because the days are evil. 17 Therefore do not be foolish but understand what the will of the Lord is. 18 And do not get drunk with wine, for that is debauchery, but be filled with the Spirit, 19 addressing one another in psalms and hymns and spiritual songs, singing and making melody to the Lord with your heart, 20 giving thanks always and for everything to God the Father in the name of our Lord Jesus Christ, 21 submitting to one another out of reverence for Christ. – Ephesians 5:15-21

If we place God at the top of that list and prioritize our time efficiently, making time for Him, we find our identity shifting. We find that the old man (or woman) we once were is replaced by something new, and as the above-listed verses point out, we must be wise, not foolish, with our time.

So, again, who are the folks we offer our time and thoughts to? Who are the ones that we allow to influence our lives? Who are we really?

Therefore, I urge you, brothers and sisters, because of God’s mercy, to offer your bodies as a living sacrifice, holy and pleasing to God—this is your true and proper worship. 2 Do not conform to the pattern of this world, but be transformed by the renewing of your mind. Then you will be able to test and approve what God’s will is—his good, pleasing and perfect will. – Romans 12:1-2

We fight daily against the powers of darkness. They seek to corrupt our minds and harden our hearts. And, the battle for freedom isn’t waged against flesh and blood – it’s fought against spiritual wickedness (Ephesians 6:12).

As we spend time with our Creator and those around us, may we remember the battle is won and lost in the landscape of our minds. Our identity isn’t just about influence and time spent with others. Identity comes from knowing who we are in Christ – new creations and transformed minds (2 Corinthians 5:17).

In conclusion, Alice’s message is simple yet so profound. The story of the Prodigal Son, on the surface, seems straightforward and as if it was easy for the younger son to return home. However, the decision, motivation, and willingness to do so took guts – not to mention Divine intervention on the Holy Spirit’s behalf.

Alice wraps up the audiobook with these lines:

“(Sheryl) and I had both grown up in Christian homes – her father, a Baptist pastor, my father was a pastor, and my grandfather was an evangelist.

In the early days in Detroit, we were just like any other American family, going to church only on special occasions and holidays, but when we moved to LA and my parents became ministers, everything changed.

We became very serious about our faith, but then rock and roll took over my life, and I became the actual Prodigal Son.

When the band got popular, we moved to Los Angeles, and I went as far away from Christianity as anybody ever could. I became the poster boy for everything that was wrong. In fact, they were burning my albums on the 700 Club – that was kind of funny back then.  But now another baby was coming, and Sheryl put her foot down.

She said, “the only way this is going to work is if we go to a Christian marriage counselor and start going back to church, and I agreed.  She was bringing me back to my longing for Christian life, and it worked.

In the process, we both became committed Christians. Most people don’t understand how Christianity works. It’s not about church. It’s about a one-on-one relationship with Jesus Christ – who preached love, acceptance, non-violence and was your personal savior.

To many people, Christianity is gay-hating, gun-toting, right-wing, judgmental, self-righteousness – whereas the reality is it’s just the opposite of that. Jesus taught none of that. He taught just the opposite. He uses us to further His Kingdom.

He uses me as a Rock Star. He uses evangelists. He uses doctors and politicians… well, I wouldn’t go that far… *laughs*” – Alice Cooper

As we live out our days, may we study closely “who we really are,” and may we all rely on Him to find our callings. For if we listen closely to Him and do as we’ve been shown, His Kingdom may just come here on Earth as it is in Heaven. 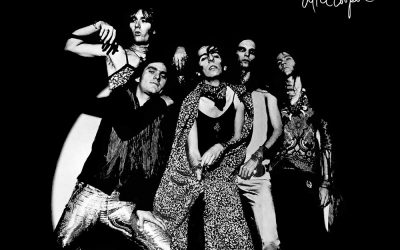 This week we travel back to 1971 and the release of the breakthrough album, Love It To Death. The post focuses on the song “Sun Arise”, and the album has become one of the greatest of all-time – a quintessential Classic Rock record.  Songs such as “I’m Eighteen,” “The Ballad of Dwight Fry,” “Second Coming,” “Hallowed Be My Name,” and “Caught In A Dream” are masterpieces that would not only help them…