Released on July 29, 2008, “Along Came A Spider” is Alice Cooper’s 18th solo album. The LP, like many others, is a concept album, this time dealing with the life of a sociopath. Cooper’s timeless character, Steven, has become a serial killer. Much like the characters in “Silence of the Lambs” and “Red Dragon,” Steven believes he’s the manifestation of something wicked, foul, and grotesque. In this case, he’s the ‘spider.’ The album goes on to explain the inner workings of his mind.  Tracks like “Vengeance is Mine,” “Catch Me If You Can,” and “Wrapped in Silk” show the torment of his sickness and the pain he endured from his past – wreaking havoc on those in his present. The album takes a pleasant but very unexpected turn at the end.

“Salvation” is the last track on the album and brings Steven to an unanticipated place. The song seems written as a dialogue between him and God. In some ways, it parallels the conversation between the thief and Christ as they both hung on their crosses. In Luke 23:40-43, all the thief had to do was accept the fact that Christ was who he said he was. Asking for Christ to remember him, Jesus replies, “Truly I tell you, today you will be with me in paradise.” Absolutely incredible that this man, a criminal, simply asks, and without hesitation, Jesus answers, “Sure, you’re in!” The same applies to anyone that declares the same. Romans 10:9-10 reads, “If you declare with your mouth, “Jesus is Lord,” and believe in your heart that God raised him from the dead, you will be saved.  For it is with your heart that you believe and are justified, and it is with your mouth that you profess your faith and are saved.”

A similar story leads us to, arguably, the greatest missionary in the Bible. In Acts 7:54-60, we find Stephen, one of seven leaders in the early church, in a pretty tough situation. He’s basically just called out everyone in the temple, blaming them for the death of Christ and for rejecting the Holy Spirit. This didn’t go over very well. In return, he’s dragged out of the city and stoned to death. The verses do not name any of the parties involved except Saul. While Saul did not directly participate in the murder of Stephen, he witnessed and supported it. In fact, Saul launched a full-scale assault on Christians after the death of Stephen. He literally vowed to destroy Christianity through the persecution of Christians and, if need be, their deaths.

In Acts 9, Saul has gone to the high priest seeking permission to travel abroad, capturing men and women who profess to follow Christ, and imprisoning them as he traveled. With their consent, he set out for Damascus – ready to end Christianity once and for all. However, on the road, he encounters Christ in full radiance.

Physically blinded by this encounter, Saul follows the instructions Christ gives him and is later healed. As a result of his interaction with the Lord, Saul is saved. Jesus met him on the road to destruction and brought him full circle to the path of recovery. The deeds he had done and was currently set off to do were not enough to keep Christ from calling, using, and freeing Saul from his sins. His conversion serves as a sign to all walks of life (both Jew and Gentile) that Christ’s blood covers any that follow his commands to place Him as Lord of their life.

Saul’s conversion turned the Book of Acts and the history of the church in a completely new direction. His transformation not only proved that an enemy to the faith can become a leader – but also a newfound purpose to bring Christ to all who walk on the earth (Jew and Gentile alike). It’s truly amazing what the redemptive power of our Lord looks like.

Another story, one that better fits Alice’s concept album, is the story of Jeffrey Dahmer.  The heinous crimes this man committed while on this earth are well documented, yet many may not know that he accepted the invitation of salvation through Christ. He died as a brethren of the faith. Roy Ratcliff, the pastor that performed Dahmer’s baptism and met with him weekly, openly discussed his experiences with Dahmer and brought about thought-provoking insight to the power of salvation and the Blood of Christ.

Ratcliff’s book entitled, “Dark Journey Deep Grace: Jeffrey Dahmer’s Story of Faith” discusses the nature of his discussions with the serial killer along with the questions and push back he’s received about the sincerity of Dahmer. Questions like, “Was and could Jeff really be saved? Were his sins taken away? Is he a Christian believer? Did he repent of his sins?” Ratcliff’s response to these questions is jaw-dropping, to say the least. He replies by asking, “did these Christians really believe “the blood of Christ shed on the cross was somehow too weak, too thin, too anemic to cover” the sins of Jeffrey Dahmer?” Do we place similar restrictions on Christ’s blood concerning some folks in our own lives? People that have not committed anywhere near the same deeds as Dahmer, yet we deem them outside the scope of salvation and/or the power of His precious blood. It’s an eye-opening premise and brings full attention to the very heart and reason for the Good News. No one is unworthy or left out in the cold. He was given to the world but salvation through Him must be accepted (John 3:16).

Wrapping this up, these stories are full of hope and purpose, yet they are also a bit unsettling. It’s not easy to think about Christ’s Love covering such vile, heinous people. It’s a struggle to forgive and forget the actions of a man like Dahmer or even a modern-day Saul/Paul. It would be easy to just toss such individuals aside and let them rot. Amazingly though, the Lord pursues us all with love(1 John 4:19). As we continue to walk this journey with our Lord, let us pray that He continues to chip away at our hearts. That we may be more like Pastor Roy Ratcliff, a man willing to see Jeffrey Dahmer not as an irreconcilable soul but instead a damaged soul with the very same need all of us has for “Salvation” from our Lord and Savior, Jesus Christ.  May we remember that we have “all sinned and fallen short of the glory of God” (Romans 3:23), yet “by grace, (we) have been saved through faith. And this is not (our) own doing; it is the gift of God.” (Ephesians 2:8)

In conclusion, how incredible is this song? With so much of this album’s content being dark, sinister, and tough to think about or digest, Alice wraps it up by contradicting such evil with its counterpart – the magnificence, beauty, grace, and Love of our Lord. It’s a brilliant ending. One that should make anyone feeling worthless reevaluate their significance to our Creator. Stop and think about your own life, did the Lord’s love meet you in a dark place where you never expected Him to embrace you? Are you stuck in such a place even now? Heed the words of “Salvation.” There is a chance for salvation. A chance to live life everlasting in eternity. Someone gave His life for yours. Our Savior, our Lord, Jesus Christ. Do you know Him? If not, it’s time to allow Him to remove your pain and the burdens you carry. If you’ve wandered away, He’s calling for you to turn your eyes once again to Him. He’s been there waiting all along. Waiting for you to embrace Him once again. May we all seek Him and His Love in a world that so desperately needs Him. Amen.

This week’s post focuses on “Sex, Death and Money.” A song from Dragontown, Alice’s 22nd studio album. It was released in 2001.  It’s a continuation of the themes found on the previous LP, Brutal Planet – a Brutal Planet part two, so to speak. “Dragontown describes the worst town on Brutal Planet,” according to Alice. The place and characters…

END_OF_DOCUMENT_TOKEN_TO_BE_REPLACED 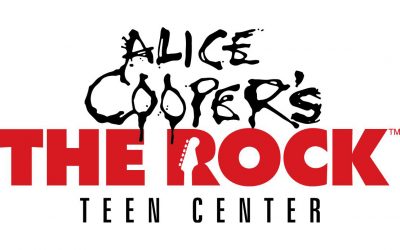 Today in Mesa, AZ, the Grand Opening of Alice Cooper’s latest Solid Rock Teen Centers will take place @ 5:30pm. Alice will perform with the Solid Rock Band; many other teens will also be performing as well. Food trucks and a ribbon-cutting ceremony will also be part of the fun.