Raise Your Fist and Yell, released in 1987, is the second album after Alice’s commitment to sobriety. After also returning to his faith and family, we find him healthy, revitalized, and confident. With Heavy Metal and Hard Rock resurfacing in the music world, Alice made sure his voice was prominent in that arena.

“I did not want to come out with anything having the soft underbelly to it. I wanted Alice to come out there and punch the lights out. I saw all these bands…and I said, I need to blow these guys off the map. To me attitude-wise and show-wise, we did…I was the master of surprise.” – Alice Cooper

Raise Your Fist and Yell was also released in the middle of a time when the PMRC (Parents’ Music Resource Center) was doing their best to censor music (especially Hard Rock, Rap, and Metal). Alice and many other musicians, most notably Dee Snider, took a direct stand against such measures – fighting for the freedom of speech and expression.

NOTE: It’s interesting how the right to free speech is an on-going one. Whether it’s on Social Media or through various forms of dissent, contradicting ideas, art, etc., we must continue to stand against those that wish to silence any and all narratives. Like all of our rights, our voices are given to us, not by man, but by our Creator.

The album uses songs like “Freedom,” “Lock Me Up,” and “Give the Radio Back” to help push back against the PMRC’s efforts. However, the last few tracks take a more wicked turn with “Prince of Darkness,” “Time To Kill,” “Chop, Chop, Chop,” and “Gail.” Those songs tap into who the real enemy is and the personification of evil in this world.

“Prince of Darkness,” tells the story of Satan – the Biblical truth about the enemy. At this time, many Heavy Metal bands were using Satanic imagery and flirting with the occult. Not only did this tarnish the industry (classifying all Metal as evil), but it also painted the idea or concept of Satan as something powerful, worth admiring, enticing, etc.

Alice does a phenomenal job accurately depicting the enemy’s genuine nature. While so many in the genre were using satanic imagery as bait, a gimmick, or a selling point, Alice solidly defines the enemy as unattractive nor worth one’s time.

The enemy is often overlooked. It’s true; we focus on God’s Love, His Word, and who we are called to be. However, it is important to remember; we are fighting a war – a Spiritual one.

It’s phenomenal to see a growing number of people that claim, as Christians, there is no Satan. A 2009 study conducted by Barna Research Group found that about 60% of a sample of 1,800+ self-described Christians believed Satan is only a symbol of evil, NOT an actual spiritual being or entity, as the Bible describes.

“The one who does what is sinful is of the devil because the devil has been sinning from the beginning. The reason the Son of God appeared was to destroy the devil’s work.” – 1 John 3:8

That’s astonishing. Stop and think about that. The Bible does not mince words about who we are at odds against. If over half the body believes that the enemy doesn’t exist, he has the leverage in the fight. You won’t address or battle an enemy you don’t think exists. Therefore, we must know the enemy’s playbook and how to counter it.

On the flip side of that issue are several believers that are fascinated with and by evil. People who know the truth yet still want to know more about the enemy’s conjuring – studying, researching, and learning more about the Occult and practices of the wicked.

Some even listen to music associated with darkness and heresy – hoisting evil imagery without fully understanding such choices and their ramifications. The Bible makes it clear that we cannot simultaneously serve two masters (Matthew 6:24). Therefore, we must dedicate our lives to Christ moving forward, not looking back.

Our Heavenly Father has given us the power to turn away from evil. James 4:7 reads, “Submit yourselves, then, to God. Resist the devil, and he will flee from you.”

Verses 8-10 go on to describe the ways by which we can draw nearer to our Lord:

1) Submit to Him – yielding to His authority and will; committing your life and walk to His control (4:7).

2) Resist the enemy – walking away from your past; avoiding the temptations of the enemy (4:7).

3) Purifying your heart – replacing the desire to sin with instead a desire to experience God’s purity (4:8).

4) Grieve over past sins – don’t be afraid to express heartfelt sorrow for your sins (4:9).

5) Walk Humbly – recognizing that our worth comes from God alone, not the things of this world (4:10).

Remember, our Heavenly Father does NOT want us to wallow in misery over our past, yet He does want us to be mindful of it as we resist the enemy and move forward with Him.

As we navigate the uncharted waters of this life, we must know the difference between Good and Evil – between the enemy and our Lord. By learning the difference, we arrive at a better understanding of the enemy’s schemes’ influence compared to the blessings of God’s grace.

Christ is the opposite of those above-listed things. He is:

We should always strive to demonstrate the characteristics of Christ towards others – even (and most importantly) when it seems impossible. Whether ripe (good) or rotten (evil), the fruit you bear directly relates to those things you allow to influence you and your life.

“But the fruit of the Spirit is Love, Joy, Peace, Forbearance, Kindness, Goodness, Faithfulness, Gentleness, and Self-control. Against such things, there is no law.” – Galatians 5:22-23

Satan has no use for any of the above-listed qualities. He hates them. Pray and walk in these attributes daily – seek the presence of our Lord, and you most assuredly will bear much fruit – fresh, ripe, good fruit.

Wrapping up this post’s points, we should also know there is no comparison between our Father and Satan. The world has given satan the authority over things that matter not.

According to scripture, God has no beginning or end; satan has a beginning and will face the end. God is eternal. Satan is linear (Ezekiel 28: 11-19).

God speaks things into existence; satan is not always allowed to speak (Zechariah 3:3).

Satan, also known as the accuser, will use shame, guilt, fear, and various other means to try and deceive God’s children. His greatest deceptions lead God’s children to believe they are smitten and unloved by our Heavenly Fathe – the Creator of all life.

Christ’s sacrifice on the cross is the ultimate gesture of Love from the Father. The Father’s gift, His ONE, and ONLY SON abolish the lies of the enemy. Therefore, we must learn to walk in Freedom under Christ’s reign and rebuke the enemy’s false claims.

YOU were created to KNOW and EMBRACE our Father’s LOVE – RECEIVE it.

In conclusion, Alice does a masterful job of depicting the lies and temptations of the enemy. His calling, music, and career lead us on a cautionary tale of what life looks like without God.

Stripping away the world’s impression of satan and the small amount of power he does possess reveals his true nature. He is a coward. He is a liar and a cheat. He is the very opposite of our Creator’s character and being.

Alice clearly spells out exactly how we defeat the enemy. “He fears the light…He fears the truth…He fears what’s going to be.” He fears the Will and Voice of God.

When we embrace the fruit of the spirit (focusing solely on them and the aspects of Christ), we leave no room for the fallacies of the enemy. Alice is warning us NOT to fall for the trap and to know the difference between Good and Evil.

Coop is warning us of the differences between good and evil – his mantra has always been “don’t choose evil.” Pretty simple yet wise words from the father of Shock Rock. May our “baby’s mind” be mind transformed by His perfect will (Romans 12:2).

In the meantime, Keep Walkin’ in Faith and Rockin’ with Alice.

The Trash LP was released in 1989. With this record, Alice returns to the prominence linked to the albums of yesteryear.  The album is birthed to life with the opening track, “Poison,” which quickly becomes the most prominent hit since “School’s Out” reaching #7 in the U.S. and #2 in the UK. “Why Trust You” is this week’s focus and another hard-hitting song off the LP.

END_OF_DOCUMENT_TOKEN_TO_BE_REPLACED

“I Am The Future,” the 3rd track found on “Zipper Catches Skin” released in 1982. The LP, Alice Cooper’s seventh solo studio album, was co-produced by Erik Scott, Alice’s bass player, and fellow songwriter. Scott admitted that this album “was meant to be lean, stripped-down, and low on frills. Punkish and bratty…”

END_OF_DOCUMENT_TOKEN_TO_BE_REPLACED 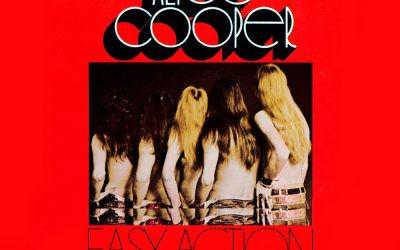 “Lay Down and Die, Goodbye” from the Easy Action LP was released in 1970. It follows in the footsteps of its predecessor Pretties For You – it still displays experimental doses of psychedelic breakout and fanfare. However, it is definitely a much different album. In fact, we find glimpses of who the band would soon become in songs like…