Our Love Will Change The World (Detroit Stories, 2021)

“Our Love Will Change The World” Lyrics:

Coz That’s How We’re Living

Coz That’s All We’re Given

He also admits that his latest LP includes “a lot of different flavors,” some of which were included on The Breadcrumbs EP, released on September 13, 2019. “Rock and Roll” and “Our Love Will Change The World” were also released ahead of the album.

Interestingly enough, “Our Love Will Change The World” is a great way to end 2021. It is a much deeper, thought-provoking song than one may expect based on its sound and demeanor, yet as you listen, there’s no denying the message.

“I think ‘Our Love Will Change The World’ is one of the oddest songs I’ve ever done, and it was one that came to us by somebody else, another Detroit writer, and it was so strange because it was happy and what it was saying was anything but happy — it was merely a great juxtaposition.

And I got it immediately and said, ‘okay, this is going to be great.’ The music saying one thing and the lyrics saying something else, I love that song. It is totally different from anything else on the album.” – Alice Cooper

Where do we begin on this one? As Alice suggests, the song isn’t what you think. It’s actually a tale of just how warped and jaded we’ve become. Our “Love” has most definitely changed the world.

Holy smokes! Does this not define our world? Humanity’s love for “Sex, Death, and Money” has brought us to this place. In this place, a happy-go-lucky song and “nothing to see here” attitude have replaced all normalcy with a politically charged façade of destruction and implosion.

The world calls for cooperation and unity yet divides us into stats and individual narratives. In 2021 alone, we’ve been categorized as masked/unmasked and vaccinated/unvaccinated, along with the same old ideological views, tones of our skin, religious affiliations, and so on.

We are purposely divided and kept from the Truth – the basic tenet of our Faith.

Last week, we talked about “giving back,” and what life looks like when we follow His Design. However, as a collective, humanity still doesn’t quite grasp how much better His Plans are. We’d rather be our own gods and create our own paths – ones without His guidance or help.

“Our Love Will Change The World” isn’t a declaration of love or a call to continue the status quo. It’s actually a cry for redirection and evaluation. It’s a warning and narrative leading us back to one basic principle – HIS Love is the ONLY thing that can and will positively change the world.

True LOVE only exists because of Him, by His Creation.

He commands us to walk in His LOVE.

That same LOVE from Him heals us.

“Above all, love each other deeply, because love covers over a multitude of sins.” – 1 Peter 4:8

Okay, quickly and easily said, but how on earth can this be accomplished? How can HIS narrative replace the narrative of a world gone mad? How can we, as Believers, focus and lead the way to True Love?

It’s a daily process and entails deliberate devotion. It also requires us to think differently and know that we fight NOT against flesh and blood..but instead against the spiritual forces of evil (Ephesians 6:12). The battle for LOVE begins with this:

Finally, be strong in the Lord and in his mighty power. Put on the full armor of God, so that you can take your stand against the devil’s schemes. For our struggle is not against flesh and blood, but against the rulers, against the authorities, against the powers of this dark world, and against the spiritual forces of evil in the heavenly realms. Therefore put on the full armor of God so that when the day of evil comes, you may be able to stand your ground, and after you have done everything, to stand. Stand firm then, with the belt of truth buckled around your waist, with the breastplate of righteousness in place, and with your feet fitted with the readiness that comes from the gospel of peace. In addition to all this, take up the shield of faith, with which you can extinguish all the flaming arrows of the evil one. Take the helmet of salvation and the sword of the Spirit, which is the word of God.

And pray in the Spirit on all occasions with all kinds of prayers and requests. With this in mind, be alert and always keep on praying for all the Lord’s people. Pray also for me, that whenever I speak, words may be given me so that I will fearlessly make known the mystery of the gospel, for which I am an ambassador in chains. Pray that I may declare it fearlessly, as I should. – Ephesians 6:10-20 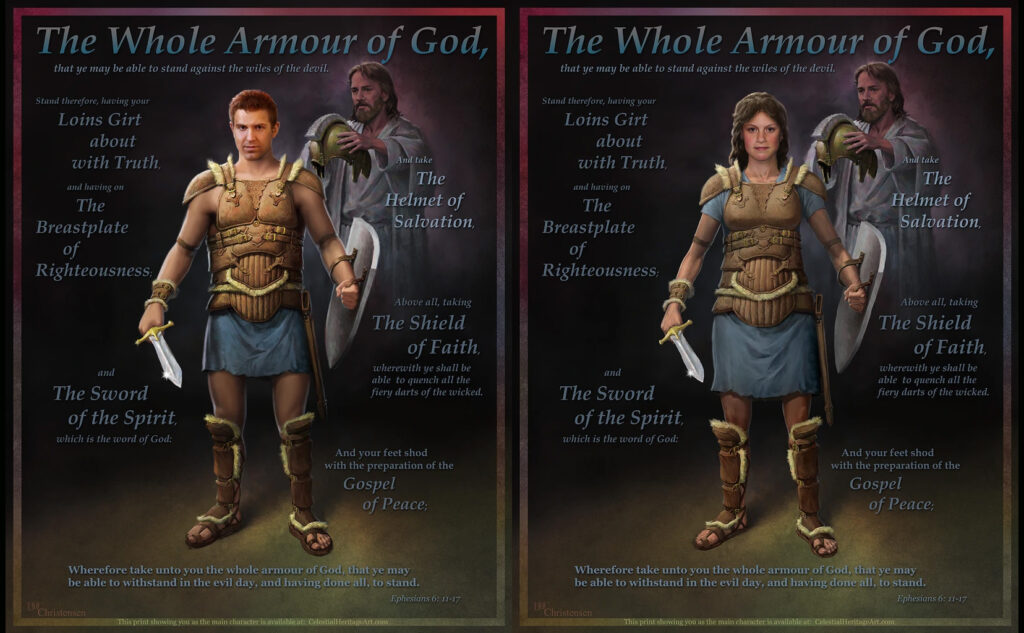 We have discussed God’s Armor before and the merits that come with the visualization of putting it on – knowing its power and strength. But as we wage war on the enemy, we must remember, it is against the darkness – the spiritual evils of this world – NOT against our fellow neighbors.

The war is not against humanity but against the evil desires and spirits that sway our hearts. Such evil is slain by the Sword of the Spirit (God’s Word). Notice how all the other pieces of armor are defensive, but the application of God’s Word is what ultimately slays the enemy.

Wrapping up this post, a new year begins tomorrow. A time when we cast aside the old and ring in the new. A time when we honestly examine where adjustments need to be made in our hearts and minds. We do our best to redirect our narrative, looking for joy, mercy, peace, kindness, and LOVE.

As we exam our hearts, what do we find? Narcissism? Joy? Disdain and contempt? Love? If we honestly observe our motives and actions, we may find that we are changing the world for the worse instead of, the better. We may realize that we are sowing division instead of unity.

If we are not mindful of the battle and equipped for the war, we may find that our motives are selfishness and greed instead of humility and compassion. The battle for the souls of humanity is won by applying HIS Love, not ours.

For without HIS Love, we’re all just a bunch of ‘pessimistic creeps’ changing the world ‘into a strange place’ – an unrecognizable wasteland.

However, if we apply Christ’s Love instead, are we really changing the world, or are we merely allowing it to operate as it was intentionally designed? His Kingdom Come. Here on Earth. Amen.

In conclusion, Alice never ceases to amaze when it comes to his song selection and performance. He masterfully delivers this song with complete conviction. At first listen, it seems the track is a happy tune about Love (almost early Beatles or Monkees-esque).

However, the lyrics paint a much darker, more sinister picture of humanity and the world we’ve created. The song forces the listener out of their comfort zone and into reality – posing questions that may be initially hard to swallow but ultimately lead us to the answer.

Life poses one question repeatedly – what is the concept of true happiness. How do we enjoy this life? It seems this song unlocks that answer. The less we focus on ourselves, the more we focus on Him. In turn, the more we also focus on others. Applying His LOVE, that’s the key that unlocks the door.

BE SAFE and HAPPY NEW YEAR’S!

Be well and catch you next Friday – next year. 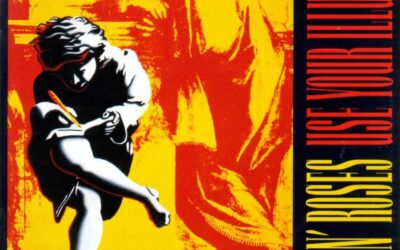 This week we, once again, step outside of the Alice Cooper catalog and into another one of his guest appearances. “The Garden,” the eleventh track on Use Your Illusion I, finds Alice lending his sneering vocals to the LP. As he bellows out his lines, it’s apparent “The Garden” is something “only smart boys do without.”

END_OF_DOCUMENT_TOKEN_TO_BE_REPLACED

This week we discuss another song from the album “Dragontown”. “Every Woman Has A Name” is another beautifully written Alice Cooper ballad. Almost picking up where other ballads like “Only Women Bleed” leave off, this song expresses the importance of women, their identities, their self-worth, their place in this world and society. The truth is, many parts…

END_OF_DOCUMENT_TOKEN_TO_BE_REPLACED

This week we look at “Lullaby”.  Another song from The Last Temptation which discusses one of the enemy’s age-old tools – Fear.  The song finds Steven confronted by all sorts of evil staring him in the face…