“I Am The Future” Lyrics:

You’ve got to learn
It’s up to you

If you can learn that
The dream just might come true

Zipper Catches Skin released in 1982, is Alice Cooper’s seventh solo studio album. The LP was co-produced by Erik Scott, Alice’s bass player, and fellow songwriter. Scott admitted that this album “was meant to be lean, stripped-down, and low on frills. Punkish and bratty.”

The music scene had shifted away from pure Rock ‘n’ Roll to a new wave, pop-induced vibe. Artists like Alice were either forced to conform or take a break from the business, but Alice never stopped…he continued making music. Instead of retreating, he gave his 70s flair and style an 80s update without losing his “no-nonsense” attitude.

“You’re still in this business going, okay, the sound is now moving that way. I’m not going to give up Alice Cooper, but we can make that creepy too. We can turn around and make this sound just as creepy as what I was doing.” – Alice Cooper

It’s interesting how this period has been critiqued by the media and Alice’s fan base. It seems as if there’s a love/hate relationship with the records (The Blackout albums) recorded during this time. Personally, I enjoy them. They brought raw emotion and an exciting approach to his music, yet as he has stated, they managed to keep that “Alice” vibe.

“I Am The Future,” the third track on the LP, is a quirky ballad found on Zipper Catches Skin, and it also appeared in the movie, Class of 1984. It carries a lighthearted tone but manages to sneak in hints of Alice’s signature snarl and sneer.

The lyrics themselves are a bit mysterious. Who is speaking? Is there more than one entity? It’s unclear, but what does seem clear is the element of struggle. The listener can feel the angst as the subject matter asks difficult questions.

There’s a message of impending doom laced within those lines. As if the subject knows their demise is coming and can not find any reprieve. It also seems as if their cries and pleas for help are being ignored. But there’s another premise being conveyed as well – one of hope.

Here we find the idea of free will. There’s a choice to be made. The nightmare can be experienced, avoided, or resolved. There’s always a chance for survival. By the end of the song, we find someone boasting about the future and their ownership of the world.

In these lines, there’s a different tone. They carry with them a sinister connotation. It’s as if something ominous is calling the shots. Someone or something is arrogantly growling, “it doesn’t matter how loud you scream or who you call, there’s no escape – the world, including “you,” belong to me (the ominous subject).”

Again, there’s no indication of who or what is the focus of this song. However, this post will be looking at these lyrics from the perspective of addiction.

“I Am The Future” speaks volumes to those of us struggling with addiction. From the very first line in the song, the stage is set. “When (did the) dream become a nightmare?” At what point did you lose control? When did the demons begin attacking you? At what point did you notice you were fighting just to survive?

As the song transpires, it addresses this notion that the addiction dictates the subject’s future. This destructive habit mocks its subject, saying, “Look at yourself – look at what I’ve done to you – I own you!” But it’s a lie. It’s a plea of desperation. A “head game” designed to make you believe you have no control.

Learning how to survive takes guts. It takes realizing through your own free will that you have the inherent ability to choose rehabilitation. It’s a process, and with His help, His grace, and His strength, it can be accomplished.

No temptation has overtaken you, except what is common to mankind. And God is faithful; he will not let you be tempted beyond what you can bear. But when you are tempted, he will also provide a way out so that you can endure it. – 2 Corinthians 10:13

If and when we are willing, there are ways out of addiction. But the key lies within the gift of free will. It can’t be forced upon us. We must accept it. With that decision, a number of other choices must be made. We must choose to separate ourselves from the world (1 John 2:16, 1 Corinthians 15:33), learn to submit to His Will for our lives (James 4:7) and embrace our Freedom in Christ (1 Corinthians 6:12).

3 Not only so, but we also glory in our sufferings, because we know that suffering produces perseverance; 4 perseverance, character; and character, hope. 5 And hope does not put us to shame, because God’s love has been poured out into our hearts through the Holy Spirit, who has been given to us. – Romans 5:3-5

By doing these things, we begin to find our purpose in life through the transformation of Him and His Word. Our destiny transitions from one of doom to one of hope. Our future becomes defined not by the choices we’ve made but instead by the redemption we’ve claimed (by accepting the gift of salvation through Jesus Christ). Our future belongs to Him – not addiction.

Wrapping this up, being isolated and confined isn’t always the best thing to experience while facing addiction or during recovery. But there is hope, and the body of Christ stands unified during this time. If you are struggling, know that help can be found. Instead of allowing quarantine to trigger a relapse, reach out to others and learn to trust in Him, His promises, and His Word.

Fridays With Alice has worked with many ministries focused on relief from addiction and substance abuse. Feel free to message us on Facebook or email us at prayers@oceanfloorministries.com if you’d like for us to refer you to the proper ministry or counselor, offer you prayer, or both. Addiction does not define you. It is NOT your future.

We may not be there physically, but the Holy Spirit transcends us all. If you haven’t made that choice to journey with Christ, now’s your time. His arms are open, ready to embrace you. His Spirit brings peace, love, joy, and self-control (among other attributes). With Him, your future is bright. It is productive. It is healthy. It is clean. You are washed white by His Love. Your future is found in Him.

SIDE NOTE: At this point, it may seem as if our future belongs to COVID-19 and the circumstances surrounding the illness. But there is a time and a season for all things (Ecclesiastes 3:1-8) – this too shall pass. Try not to focus on the detriment and pain caused by this virus; instead, look for the silver lining. Will this be a defining moment for humanity? One that brings us together?

Let us stand and know His Word to be true. “We know that in all things God works for the good of those who love Him, who have been called according to His purpose (Romans 8:28).” You’ve been called, will you answer?

In conclusion, Zipper Catches Skin was written and released during a difficult time in Alice’s life. It was a time of change and transition – a time when music was regularly changing. It was a time about which Alice doesn’t remember much. Some may say his future was bleak and uncertain. However, within the next few years of Alice’s life, he would meet a crossroad. He would determine his destiny. He would embrace the path that was already written for him.

Alice found that his future was not in music, not in acting, not in alcohol, not in drugs, not in golf. Alice’s future is found in Jesus Christ. May we all come to know our Lord in the same way Alice does – as our future. Amen.

Be well (wash your hands and don’t pick your nose), and we’ll catch you next week!

END_OF_DOCUMENT_TOKEN_TO_BE_REPLACED 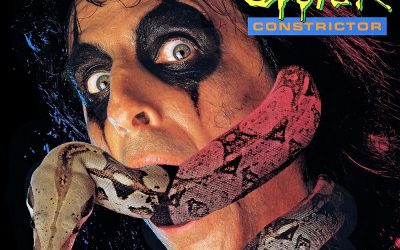