What about faith in God above
What about war, What about hell
What if I stumble, What if I fell
What about blood
What about greed
And all of these things you’re offering me

Yeah, what about me, little me
You lose and I win
You couldn’t suck me in

It’s over, you have no power
You’re lost
And I’m found
And I’m Heaven bound
Go back to where you belong
To where you fell
Go to hell

The Last Temptation LP, released in 1994, is a concept album that tells the story of a modern-day teenage version of Cooper’s beloved character, Steven. He finds himself confronted by a mysterious figure named the Showman – a character who offers Steven the things this world has to offer – power, money, women, rebellion, etc.

As the album unfolds (track after track), it becomes evident that the Showman is an agent of evil (if not Satan, himself).  Overall, the album deals with the trials, temptations, decisions, and other avenues one might face in life while discussing the tactics used by the enemy.

“The bottom line of this album is to say that life isn’t cheap. Life seems to be really cheap right now. There’s a real defeatist attitude out there today. Alice never promoted anything defeatist. Alice always made fun of death, sex, and money. But I never promoted it; I never said this is the way to get out of this life. I’ve always been pro-life.” – Alice Cooper

As the album spins, there is a “Jesus in the Wilderness” narrative that becomes evident. A forty days of temptation and personal reflection capped off with a directive soft of vibe – a command for darkness to flee and go back to where it belongs.

“Cleansed by Fire” is the final track on the LP. It brings Steven to a crossroads in his life. Will he accept what the Showman is offering him, or walk away – choosing a life more extraordinary than the things on this earth?

While we’ve never seen an interview with Alice directly stating this, one interpretation of the song might be attributed to many different verses in the Bible referencing fire.  Scriptures that deal with deliverance from our enemies and what has been defined as the “Refiner’s Fire.”

Yeah, what about me
Little me
You lose, I win
You couldn’t suck me in
It’s over; you have no power
You’re lost
And I’m found
And I’m, I’m Heaven bound
Go back to where you belong
To where you fell
Go to hell

Throughout the album and this song, we find Steven slowly figuring out the showman’s motives, identity, and plans – ultimately, choosing to escape from the enemy and accepting the Lord.

Steven chooses to walk in faith. He gains victory and freedom through Christ. He is propelled towards Heaven, and the enemy (along with his lies, threats, and temptations) is thwarted.

Submit yourselves, then, to God. Resist the Devil, and he will flee from you. – James 4:7

James, Christ’s half-brother, explains that when we submit to God.  The Holy Spirit gives us the power to resist Satan’s attacks causing the enemy to flee.

James goes on to give five ways in which we can draw nearer to God:

It may seem as if Steven’s trials and struggles are unnecessary, but he learns more about himself, the darkness, and insight into God’s Truth through them.

12 Beloved, do not be surprised at the fiery trial when it comes upon you to test you, as though something strange was happening to you. 13 But rejoice insofar as you share Christ’s sufferings, that you may also rejoice and be glad when his glory is revealed.  –1 Peter 4:12-13

In the above-listed verses, we find Peter rejoicing at the chance to take on life’s trials head-on and celebrating the glory that is given to us when choosing Christ instead of the world.

Peter goes on to talk about continually doing good in the eyes of God – knowing that the ramifications on this earth will, at times, lead to suffering, pain, loss, etc. but will ultimately bring us closer to God in the process.

Peter affirms that the Holy Spirit will restore, confirm, strengthen, and establish us through our trials and sufferings.

Wrapping up this post, the song is not only powerful lyrically but also musically. The melodic yet dark tone leaves one a little unsure as to where it’s going to go.

However, when the drums kick in during the “Wake me, shake me” lines of the song – it’s as if an awakening occurs.  As if Christ has been accepted and the Holy Spirit now dwells within the soul of the person singing.

With eyes wide open, the believer learns to rely on the Holy Spirit and ask pertinent questions about faith, God, and the deeper, more substantial aspects of life – delivering the believer from the bonds of sin and death.

In conclusion, this may be the most underrated LP in Alice’s catalog. Many cherish it, but many still don’t see its value. It’s interesting to see how it fairs among many fan discussions and top Alice Cooper album listings.

While many LPs, such as Killer, Love It To Death, and Billion Dollar Babies remain steadily ranked within the top 5 by most fans, the love for The Last Temptation LP seems a bit more sporadic. Whatever the reasoning for the appeal or loathing of The Last Temptation LP, there is no denying the concept – it’s brilliant.

“After a titanic struggle, Steven has won the battle for his soul: “You lose, I win – you couldn’t suck me in.” Triumphant, he demands that the Showman go back to hell, because “I’m Heaven bound – go back to where you belong.” A church bell rings out poignantly at the end, while the final vocal line, “Go to hell!” provides a nostalgic moment for Alice Cooper fans because almost twenty years earlier, in Alice Cooper Goes to Hell, it had been he who was seemingly destined to make that journey. On The Last Temptation, such a notion was completely erased.” – Ian Chapman, Experiencing Alice Cooper: A Listener’s Companion

As Chapman points out, the notion of Steven’s soul being damned to hell is thwarted by “Cleansed by Fire.” However, it was Steven’s realization and free will that ultimately brought him to redemption. Steven made a choice. As Alice has often stated, “it’s about good and evil – DON’T CHOOSE EVIL!” Let us all heed those words.

That’s it for this week, catch you next Friday!

A few other Scripture references: 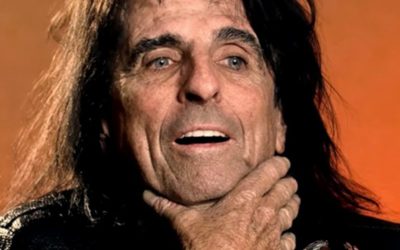 In this interview, ‘Loudwire’ sits down with Alice to play ‘Wikipedia – Fact or Fiction’. After seeing a few of these (and relying on Wikipedia from time to time with these posts), it only seemed fitting to address the one based on him. I was actually pretty shocked to find most of the info was legit according to Alice (only two minor inconsistencies…

END_OF_DOCUMENT_TOKEN_TO_BE_REPLACED

This week’s post is the next ‘Brutal Planet’ track we will be looking at (if you haven’t already, be sure to check out the ‘Brutal Planet’ post from last October). ‘Pick Up The Bones’ is this week’s focus and lines up perfectly with so much of what is going on in the world. At the time this track was cut, more than 72 wars/altercations were taking place in the world…

END_OF_DOCUMENT_TOKEN_TO_BE_REPLACED

This week we take another look at ‘From The Inside’ released in 1978. The tracks and album are met with mixed reviews, yet the album is invaluable to Alice’s catalog. His heart is poured out in a way that fuses honesty, comedy, and raw emotion into a finely recorded piece. One that celebrates his journey to sobriety (and the characters he met along the way).