“Wish I Were Born In Beverly Hills” Lyrics:

Oh, I wish I were born in Beverly Hills
I swear I couldn’t drink half as much as she spills
I want to live it up, get my kicks and thrills
Be a gigolo lover and send her the bills

Oh I wish I were born in Beverly Hills
I swear I couldn’t drink half as much as she spills
I want to live it up, get my kicks and thrills
Be a gigolo lover and send her the bills

She bit like a dog, and she screamed like hell
“You ain’t taking me to no padded cell
You better take all your hands off my high priced tail.”

This week, we look at another song from one of Alice’s most recognized albums. From The Inside, released in 1978, is a heartfelt tale of honesty and sobriety laced with humor, darkness, and raw emotion. The LP is well-known as a recollection of Alice’s stay at Cornell Medical Center. He was admitted in mid-October 1977 and met a myriad of captivating characters during his visit. Those inmates provided the inspiration for most of the songs found on the From The Inside record.

The artwork and overall concept of the album are fascinating. A gatefold cover splits Alice’s heavily made-up face right down the middle. As the listener folds back the flaps of the front cover, they are presented with a “Norman Rockwell-esque” depiction of the mental institution and the individuals found within.

A door labeled “Quiet Room” is pictured in the back corner of the main room. This door can also be flipped open, revealing Alice half-naked sitting against a white wall – alone in solitary confinement. The back of the record has double doors that also flap open, revealing Alice escaping from the hospital. The visual story is breath-taking, but the music takes the listener further into the story.

“Wish I Were Born In Beverly Hills,” the second track on the record, is about one of the inmates Alice encountered during his stay – a delusional “teenage mess with a burned-out Gucci heart.” A “sleek and sassy” young woman (from a wealthy family) who is not immune to mental issues and instability. There’s a “grass isn’t always greener” lesson to be learned within the song’s lyrics.

The tune is tinged with echoes of family dysfunction – from the young woman’s father giving her everything she wants (including his “black Corniche”) to her and her brother’s “interest” in their “mother’s lover.” It’s no wonder this damsel in distress finally flipped her lid and found herself carted off into a “padded cell.”

Seriously though, the name of the song says it all – “Wish I Were Born In Beverly Hills.” It’s hard to believe this song is 40+ years old. It could have been written yesterday. With the outburst of social media (and everyone looking for their 15 minutes of “fame”), a good majority of society wants to live someone else’s life instead of their own. It’s an epidemic, and it weighs in heavily on our psyche and quality of life.

Study after study is being conducted about the effects social media has on our self-esteem, self-confidence, and self-image – vital aspects of our mental health. But like everything else, it seems it’s not really about the vessel, it’s about the message. It’s not so much about what we post, it’s about the motive behind the post. What message are we trying to convey? Motivational stories to help others? Self-indulgence? Community? Comic relief? Acceptance? A mixture of things?

Is social media and entertainment the problem…or is it something more profound? It seems as if it is more likely a deception vs. truth issue – what the world tells us will provide gratification and contentment vs. what God says in His Word about joy and fulfillment. There’s a vast difference between the two. As the song so clearly points out, wealth, status, material possession, etc. are not keys to mental health, serenity, or stability. We find the simple truths and guidelines for happiness and satisfaction written within God’s Word.

There are many levels of understanding concerning God’s Word and Spirit, but His gifts of Love, Salvation, and Fruit of the Spirit are NOT dependent upon some unique or advanced wisdom or knowledge.

In fact, some of the most influential men in God’s Word were not highly educated and received no specialized training. John The Baptist and the twelve disciples came from various backgrounds and careers, but it was the Holy Spirit moving within them that changed the world.

There is likewise no requirement or prerequisite that must be satisfied before accepting Christ as Lord. In comparison, the world bases success on how high and fast one climbs the notorious corporate ladder. Paul spoke of these things in 1 Corinthians, Chapter 2.

Paul clearly spells out that we are meant to experience this life through the wisdom of the Holy Spirit (2:7) – the mind of Christ given to man (2:16). As we experience this journey through life with Him in Spirit, we begin to see things differently. We begin a quest for spiritual renewal that leads to a clear mind and a restored soul.

Paul takes this one step further in the book of Philippians. This 4-chapter book is one of the most profound books of the Bible. In it, we find Paul rejoicing and giving thanks, even as he is suffering in prison. This is further proof that we are NOT fulfilled by the circumstances of this world, but instead by the One that dwells within our hearts. Philippians 4:4-9 reads:

4 Rejoice in the Lord always. I will say it again: Rejoice! 5 Let your gentleness be evident to all. The Lord is near. 6 Do not be anxious about anything, but in every situation, by prayer and petition, with thanksgiving, present your requests to God. 7 And the peace of God, which transcends all understanding, will guard your hearts and your minds in Christ Jesus.

8 Finally, brothers and sisters, whatever is true, whatever is noble, whatever is right, whatever is pure, whatever is lovely, whatever is admirable—if anything is excellent or praiseworthy—think about such things. 9 Whatever you have learned or received or heard from me, or seen in me—put it into practice. And the God of peace will be with you.

Straight forward and exact, Paul maps out the way to joyfulness and fulfillment. NOTE: Remember, he was in prison. By this point, Paul has learned to apply what the Holy Spirit and God’s Word have shown him – to seek the Lord through surrender (Proverbs 23:26), to cast life’s cares upon our Creator (Psalms 55:22), to give thanks to the Lord (1 Chronicles 16:34), and lean not on our own understanding (Proverbs 3:5).

Wrapping things up, We must all continually strive to seek God by surrendering to His Will and asking for His Hands to guide our paths. We learn through discernment that two spirits are urging us to listen – the spirit of Truth and the spirit of deception (1 John 4:6). It may seem difficult to distinguish between the two at first, but as we grow and seek Him through prayer and scripture, it becomes evident which spirit is speaking.

As we journey through this life, may we seek to follow the example Paul set for us in Philippians. Alice and Sheryl Cooper often testify to who truly defines them. That they may play the roles of characters putting on a show, but they are not defined by the roles they play on stage. They are instead identified by who they are in Christ Jesus – new creations saved by His Mercy and Grace.

In conclusion, From The Inside is a tremendous record. We’ve only covered three songs to date, but the entire LP is noteworthy and presents valuable chunks of wisdom and insight. No doubt, this album meshes with an unforgettable part of Alice’s life. It’s at our darkest hours that true grit and character are often revealed.

As the years have passed, Alice has become a beacon of hope for so many. Like Paul, many look to Alice as an example of the mighty works our Lord can and will do (if we give Him the chance).

The “Fridays With Alice” Facebook page, Facebook Group, and blog have received numerous emails, comments, and posts about how Alice’s story – his struggles and triumphs – have inspired them to face their own demons and addictions head-on. We pray that such inspiration continues and that all who read and learn more about Alice also remember and know that he doesn’t have a sponsor – he has a Savior. Our Lord, Jesus Christ. Amen.

Be well and catch you next week!

Didn’t expect to revisit ‘The Eyes of Alice Cooper ‘album so soon, but it seems fitting after this past week’s media circus. This post focuses on a humorous track entitled “The Song That Didn’t Rhyme”. A song, unlike its title, which is actually pretty catchy and has found its way on my playlist from time to time. Alice admits, “it’s just one of those songs that was a joke…

END_OF_DOCUMENT_TOKEN_TO_BE_REPLACED 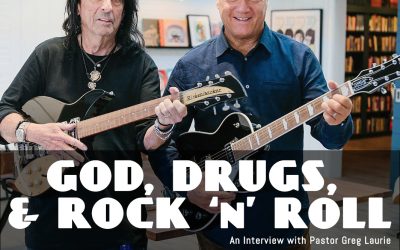 This week, we take a look at another Alice interview. In this one, entitled “God, Drugs, and Rock and Roll”, Cooper sits down with Greg Laurie, Senior Pastor of Harvest Christian Fellowship, and discusses a large number of topics. As the conversation unfolds, it becomes evident that who Alice is matters. Not just who he is now, but who he was in the past. In fact, this is a question we’ve been asked from…

END_OF_DOCUMENT_TOKEN_TO_BE_REPLACED

This week we again re-visit ‘The Last Temptation’ with the song “Nothing’s Free”. An LP which is full of insight and direction of Biblical proportion. Alice admits, “It’s a very strong concept album, a real morality play.” The album does a great job bridging the gap between generations of Alice fans as well. It’s a well-received record and a fan favorite. On that album there are songs about choice, virtue…