“Adaptable (Anything For You)” Lyrics:

If you were Lucy
I’d be your Ricky
When you were juicy
I’d get real sticky
And when you’re magic
It makes me tricky, too

Yeah, I’m a Sony
You’re Panasonic
I’m heavy metal
You’re philharmonic
If you get earaches
I’d turn my volume down
A notch or two for you

If you do that, fold-out
I’ll scream and holler
But when you hold out
I’ll spend three dollars
One way or other, babe
I’ll spend the night with you
That’s true

Now, you ain’t no Hepburn
And I ain’t no Fonda
But if you were drownin’
In Golden Ponda

Mouth to mouth
I’d resuscitate with you

Adaptable to you
So plug me into you

Released in 1982, Zipper Catches Skin is Alice’s fourteenth studio LP. The album is a forcefully driven display of comical sarcasm, something Alice masters like no other. The music on the record is a combination of Hard Rock and Punk.

Like most Alice albums, this LP has bits and pieces of ‘do this, not that’ flavor and appeal. One of the “blackout albums,” Zipper Catches Skin, is met with mixed reviews, and for some, it’s considered an obscure record. But, obscure or not, it’s innovative and different – something the early ‘80s lacked.

“There are no clichés on this album, and I did that for a specific reason. Rock’ n’ Roll right now is jammed with clichés.” – Alice Cooper, Hit Parader Magazine (March 1983)

“Adaptable (Anything for You),” the fifth track on the album, is a love song – filled with quippy remarks and rhymes. And the song is pure Alice, making the listener smile as they witness his display of affection.

If you were Lucy
I’d be your Ricky
When you were juicy
I’d get real sticky
And when you’re magic
It makes me tricky, too

Yeah, I’m a Sony
You’re Panasonic
I’m heavy metal
You’re philharmonic
If you get earaches
I’d turn my volume down
A notch or two for you

It’s often been said that “opposites attract.” If that’s the case, Alice has perfectly displayed how that works. As the song points out, his willingness to adapt is at the forefront of his love. Eager to consider his companion’s feelings and thoughts, he adjusts to the situation for love.

Communicating and understanding our spouses and significant others requires us to empathize and modify some behaviors. While we’re not required to change completely (nor should we), we should still realize that our ability to listen and show them we care is paramount and relies somewhat on our ability to adapt.

The above applies to all humanity, not just our most cherished or loved ones. We are called to share Christ’s Love with everyone.

Paul’s words from the above-listed verses are powerful. Notice how he is willing to set aside himself for the good of others. Instead of arguing his point, he’s ready to listen, reflect, and find common ground. That common ground allows him to respectfully share the gospel and Love of Christ.

Condemnation isn’t Paul’s vehicle for winning hearts and minds for Christ. It’s his willingness to communicate. Think of the cultural and societal boundaries and issues missionaries must learn and adapt to before they can share with others. The verses above describe that same premise.

2 Do not conform to the pattern of this world but be transformed by the renewing of your mind. Then you will be able to test and approve what God’s will is—his good, pleasing and perfect will.

3 For by the grace given me, I say to every one of you: Do not think of yourself more highly than you ought, but rather think of yourself with sober judgment, in accordance with the faith God has distributed to each of you. – Romans 12:2-3

In Romans 12:2-3, Paul teaches us that we are asked to lay down our lives for God’s will. Submitting to Him and allowing His Spirit to guide and change our hearts and minds strengthens and renews us while enabling others to see His transformative power in action.

As we learn where grace comes from and develop a faithful heart, it becomes evident that we’ve been given gifts that require honesty and humility to use appropriately. For example, we are asked to put others first. This mindset is not only pleasing to God. We also earn and show respect to others by doing so (Matthew 7:12).

12 Not that I have already obtained all this or have already arrived at my goal, but I press on to take hold of that for which Christ Jesus took hold of me. 13 Brothers and sisters, I do not consider myself yet to have taken hold of it. But one thing I do: Forgetting what is behind and straining toward what is ahead, 14 I press on toward the goal to win the prize for which God has called me heavenward in Christ Jesus.

15 All of us, then, who are mature, should take such a view of things. And if on some point you think differently, that too God will make clear to you. 16 Only let us live up to what we have already attained. – Philippians 3:12-16

Another relevant term, resiliency, defines the ability to adapt to stressful life and changes – “bouncing back” from adversity. Our response to tragedy, crisis, and other life-altering events can affect our future mentality towards new people and circumstances. Paul refers to this in Philippians 3:12-16.

Once we’ve accepted Christ as our Lord and Savior, we must understand hardships and temptations do not simply disappear but instead require the need for perseverance – the ability to lay those things into His Hands and move forward.

But we have this treasure in jars of clay to show that this all-surpassing power is from God and not from us. 8 We are hard-pressed on every side, but not crushed; perplexed, but not in despair; 9 persecuted, but not abandoned; struck down, but not destroyed. 10 We always carry around in our body the death of Jesus, so that the life of Jesus may also be revealed in our body. 11 For we who are alive are always being given over to death for Jesus’ sake, so that his life may also be revealed in our mortal body. 12 So then, death is at work in us, but life is at work in you. – 2 Corinthians 4:7-12

As the above-listed verses disclose, we are hard-pressed but not crushed; struck down but not destroyed, and so on. The keys to adaptability and resilience require faith in our Lord and the Love He’s bestowed upon us. We are made firm by our walk with Him, and although we may stumble, we will not fall (Psalm 37:23-24).

As we continue to draw breath, may we heed the words of Paul and follow the example of Christ. May we come to know that the meaning of life lies within our ability to adjust and adapt to the needs and concerns of others – for us to lay down our lives in Love for one another (1 John 3:16).

In conclusion, Zipper Catches Skin was recorded during a bittersweet time. Thinking of an unhinged Alice estranged from reality and lost in addiction is hard to imagine (and believe). However, knowing Alice today and what he was able to overcome testifies even more to who our Creator is – and the salvation He truly offers us.

The albums and particular songs from the “Blackout” years seem to hold special significance for many fans. We’ve received many comments and emails about the relevance and understanding Alice expressed through songs and interviews referring to the struggles he experienced during that time.

If there was ever a period during Alice’s career where perseverance and survival were hard-pressed and questionable, this was that time. However, even amidst the struggle, Alice released some very memorable songs and LPs.

“I listen to those songs now and go, “Wow, these are good songs (laughs). I wish I would have been there for this session; I would’ve done a better version of it.” In fact, I always toyed with the idea of taking twelve songs from that era and going in and rerecording them as just a unique album, Songs from the Blackout.” – Alice Cooper

Wouldn’t that be interesting? A whitewashed Alice hashing out the “Blackout albums.” Dare we dream of this one day happening?

That’s it for this week! Enjoy the weekend and catch you next Friday.

Until then, Keep Walkin’ in Faith and Rockin’ with Alice!​

END_OF_DOCUMENT_TOKEN_TO_BE_REPLACED 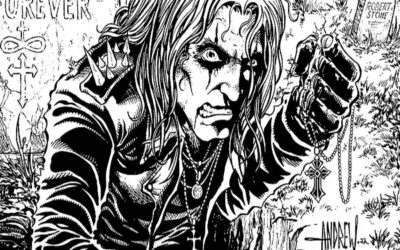 On July 19, 2022, Dynamite Comics announced a new Alice Cooper graphic novel written by Rodney Barnes of Killadelphia. Barnes exclaims that he is excited to portray Alice matched against his “most powerful opponent to date” – the Prince of Darkness…

END_OF_DOCUMENT_TOKEN_TO_BE_REPLACED 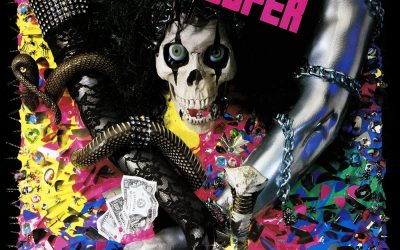 Hey Stoopid, released in 1991, is Alice’s 12th solo album – a star-studded album lined with many quest stars including Nikki Sixx, Mick Mars, Ozzy Osbourne, Slash, Joe Satriani, Steve Vai, and Vinnie Moore. “Might as Well Be on Mars” is a power ballad that…